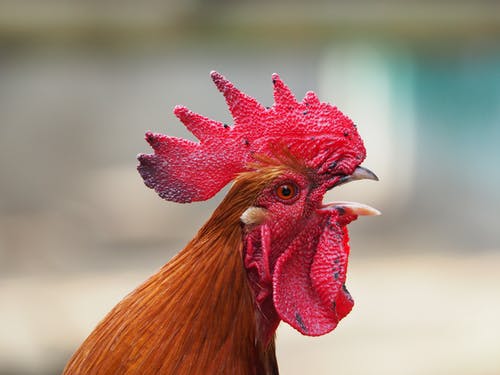 Jeremiah is one of the most interesting prophets in the entire Bible. Like other prophets, he warned God’s people to return to God and flee from His coming wrath. But Jeremiah was unique among the prophets for his honesty towards God. He often talked with God about his struggles. He talked to God about the persecution he faced, the disobedience he saw all around him, and the destruction he saw being poured out on God’s people. In fact, he is so well known for pouring out his emotions to God scholars call him “the weeping prophet.”

I’m Jeremiah chapter 12, the prophet is complaining to God that the wicked seem to prosper all around him while the righteous suffer. He asks God to intervene on behalf of His people and not leave them to in their trouble. But God’s answer is interesting. It’s found in this verse:

Jeremiah 12:5-“If you have raced with men on foot and they have worn you out, how will you compete with horses?  If you stumble in safe country, how will you manage in the thickets but the Jordan?”

What was God’s response to Jeremiah’s for intervention? Get stronger! In fact, the rest of the chapter details out the rest of God’s plan for Judah and for Jeremiah. It’s wasn’t to make things easier; it was actually to let things get harder!

Judah had been disobedient to the Lord for a long time. Eventhough they had seen their sister nation Israel destroyed 150 years earlier for idolatry it didn’t keep them from wandering away from the Lord. As a result, God sent the nation of Babylon against Judah and would soon destroy her. Eventhough Jeremiah was God’s man, he would experience that difficulty right along with the disobedient people of Judah. That was God’s call on his life. He would find himself falsely accused, imprisoned in a muddy well, and eventually taken captive as the royal family fled to Egypt. When we realize all the things that Jeremiah would face after chapter 12 we can see what a blessing it was for God to expose Jeremiahs’ weaknesses.

God tells him to get stronger because harder times were coming. He challenges him that if humans were wearing him out he’d never be ready to compete with horses. And if he was stumbling in safe country he’d get all tripped up in the thickets by the Jordan.

2020 has been a tough year. A virus came out of the blue. It led to the complete shut down of our society. We ended up in a 2 week lock down. And we are only now getting back to some semblance of normal life. But I have a question for you. “What if what has already come was not the hard part? What if it is going to get harder before it gets better?”

We have to be open to the possibility that the hardest parts of 2020 are still ahead of us. We have a very contentious election coming. I expect some level of civil unrest no matter who wins the election. We are heading into a high-stakes Supreme Court Appointment. And every time there is any kind of violence against a minority it has the potential to spark nationwide protests and even riots. Experts also suggest that we could see a resurgence of the virus heading into the Fall and Winter. If that’s the case; are you ready?

The only way to answer that question is to do a self-evaluation of how you handled the first 3/4 of this year. What did you do well? What were the areas that you found yourself weak in? If you have uncovered some weakness in your life; will it you be able to sustain them if things get worse? In other words, “if you have raced with men on foot and they have worn you out; how will you compete with horses?”

In order to work on our weaknesses I’d like to suggest the following that flow right out of Jeremiah 12:5:

1. Its a blessing for God to expose our weaknesses.

-Let’s face it…men hate showing our weaknesses on any level….especially around other men. We feel like it lessens us in the eyes of others, calls into question our competency, and opens the door for others to take advantage of us. But we must swallow our pride and see what a blessing it is for God to expose our weaknesses. Realizing our weaknesses helps us take action to correct them. Nothing motivates us to start eating healthy like a bad report at our annual check up. Seeing someone else outperform us at work can push us to grow as a professional and work harder. And figuring out that 34 push ups is our max when Swan can hammer out 86 can be just the kick in the pants you need to get better.

When God shows you a week area…own it. Swallow your pride and get to work correcting it. Its a blessing….not a curse.

2.  God often gives us time to strengthen our weaknesses before they harm us.

-Though its not always the case, God often exposes our weaknesses early enough that we have time to correct them.   That’s what He was doing with Jeremiah. When Jeremiah complained to Him about how hard it was to live among wicked men God warned him that harder times were coming. The challenge to strengthen himself was a warning that worse things were on the way and soon! Little did Jeremiah know at that point that God intended to send the Babylonians to destroy Israel because of their sin. The difficulty of living among the wicked was nothing compared to the hardship that was coming Jeremiah’s way.

When God gives us the grace to expose our weaknesses the time to act is right then! Don’t ignore the warnings and muddle on through life. The odds are you’ll regret it later on!

3. We must think wholistically about our strengths and weaknesses.

-Since we’re all involved in F3 together its easy to focus solely on our physical strength but its essential that we are strong in every area of our lives.    Many men that I spend time with are struggling mentally. Depression, apathy, stress and burn out are putting guys out of the game in droves. Fear, anxiety and anger are overwhelming our ability to cope and leaving us emotionally fragile. Guilt, shame, unforgiveness and lack of purpose are leaving us spiritually dead inside. Weakness in any of those areas can harm our strength in all the others. Then our weaknesses take on a cascading effect that becomes overwhelming.

4. We never know when our strength will be needed.

One of the reasons we need to be introspective about our weaknesses is that we never know when our strength is going to be needed. I read an interesting article a few years ago that established a good baseline for how healthy you should be. They suggest that under any circumstance you should be able to save your own life. For instance, can you run a mile without stopping? Could you carry your child that far if necessary? Could you pull yourself up onto a ledge if you fell off? Could you swim to shore if you got swept away in a river. To determine this, they suggested a list of exercises and reps that you should be able to complete if you want to be able to save your own life. Again, you never know when your strength will be needed.

But you also don’t know when someone else will need your strength. One of the things I really respect about Belding is his drive to keep himself healthy. I remember him saying that one of the reasons that he did this was because he wanted to be ready to protect his wife, his children or his grandchildren if it ever came down to it. Strength is required for that so he keeps himself strong. How about you?

5. Community life is the best path to strength.

-Strengthening our weaknesses is incredibly difficult on our own. Trying to handle it on our own is why we are weak in that area in the first place!  Surrounding ourselves with supportive communities can provide just the added boost we need.

F3 is the perfect example of this. If you’re like me, you hate working out by yourself. You don’t work as hard, as long, or as consistently as you do with 20 other guys around you to hold you accountable. Surrounding yourself with  the Big Worm’s and Pinto’s of the world can be just what you need to take your physical health to the next level.

This is also why being plugged into a good church is so critical to our spiritual development. Seeing others pursue the Lord week in and week out creates a healthy peer pressure to do the same for us.

Likewise, surrounding yourself with positive, encouraging and stable people is essential to good emotional health. That includes the people you interact with virtually on social media. We tend to mirror the emotional state of those around us. Want to be upbeat and positive? Hang around with people who are.

So here’s the challenge: take an honest inventory of your physical, mental, emotional, and spiritual well being. Where are the weaknesses?

Once you’ve identified an area or areas of weakness, find someone to talk to about it. You’d be amazed at how brining our weaknesses into the light can be a powerful first step towards healing.

After that, get help and look for accountability. Set a burped goal and get Yogi to call you on it. Visit one of the churches our F3 Pax go to so they’ll be able to greet you when you visit and follow up with you after. Find a counselor and tell one of the Pax when your appointment is so they can hold you accountable. Take a vacation so you can get mentally recharged or go on one of those crazy overnight ruck thingys so you can get out of your routine for a change.

Weaknesses are hard to overcome but the cost of staying weak in any of these four areas can be much higher than you want to pay. Take action today!

One last picture to paint for you.

The night before Jesus was crucified He was spending time with His disciples. After the meal, He told them that He would be betrayed, arrested and put on trial. And he told them that all of them would abandon Him before it was over.

Peter rebuked Him and proudly proclaimed that he would never deny Christ. Jesus immediately rebukes Peter because He already knew Peter’s weakness. In fact, He told Peter that he would deny Him three times before the rooster crowed the next morning. Though he denied it then, that is exactly what Peter did!

After Jesus was betrayed by Judas and was arrested, Peter follows the mob at a distance. When people begin to recognize him as a follower of Jesus they ask him if he is one of Jesus’ followers. As predicted, Peter denys it again and again. Do you remember what happened after his third denial? What brought him to tears and filled him with remorse? It was a rooster crowing.

The rooster was a wake up call for Peter exposing his weakness.

Who are the roosters in your life? Who is willing to expose your weaknesses and challenge you to get stronger.

Who are you are rooster for? Are you too afraid to get in someone’s business to challenge them? Can we really say we care about someone if we won’t sound the alarm when we see weakness in our brothers? It’s time to sound the call.

Cock a Doodle Do Baby…….